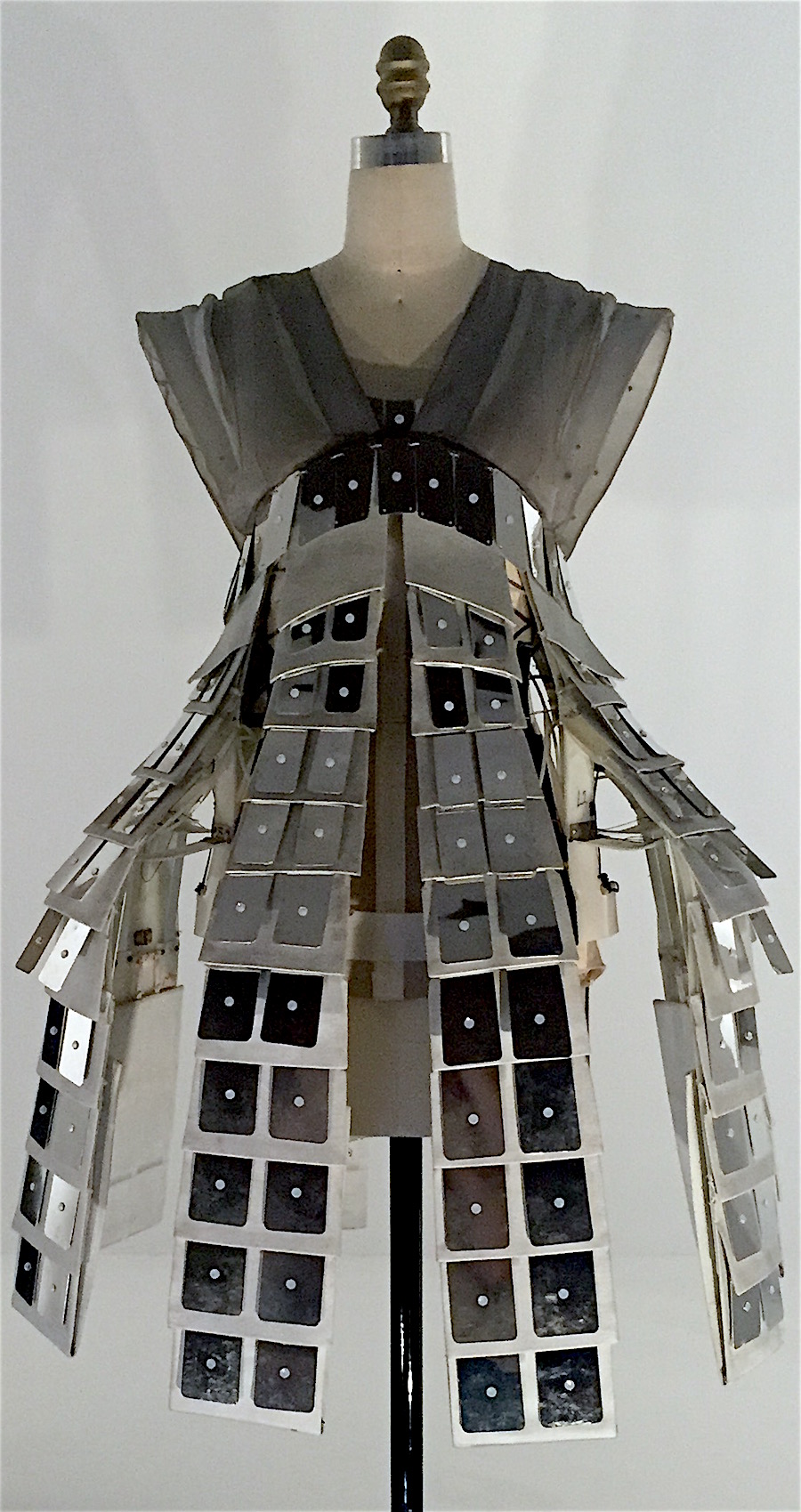 While Yves Saint Laurent once quoted, “Art is a very big word for couture. It’s a métier like any other, but a poetic métier,” it was difficult for me to look at the pieces on display at the MET’s Manus x Machina exhibit and not see many of them as wearable sculptures. 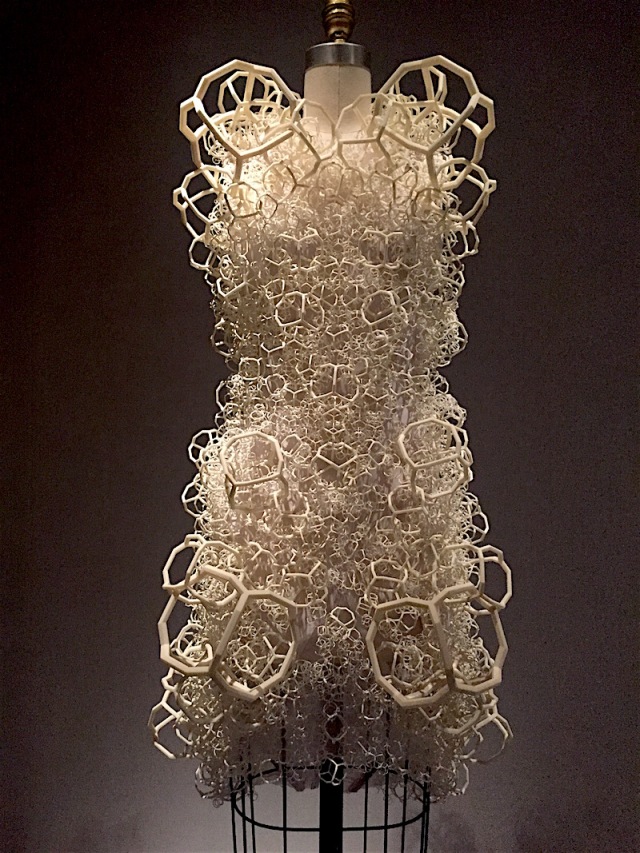 Dress featuring both hand-embroidered and 3D-printed elements, by threeASFOUR, 2014 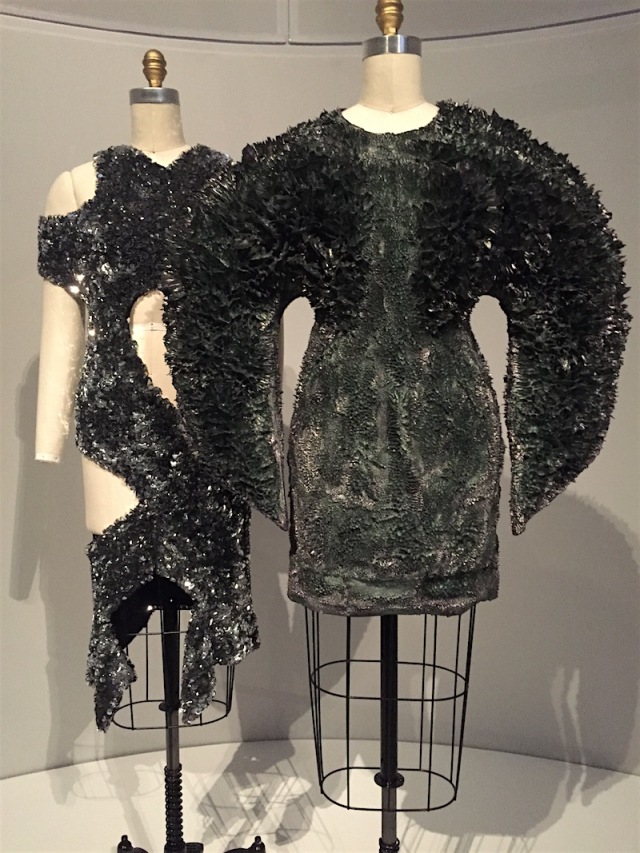 One thing that really struck me about this Apple-sponsored, Andrew Bolton-organized exhibit was that, for a fashion and technology exhibit, it didn’t feel very high-tech. It was more like a retrospective of how high fashion has kept up with and experimented with the tech of its time over the last century. For instance, many of the 3D-printed pieces which were presented as some of the more technologically advanced of the show were created several years back. I’d even previously seen the Iris van Herpen 3D-printed corset in early 2014 the Bass Museum in Miami. 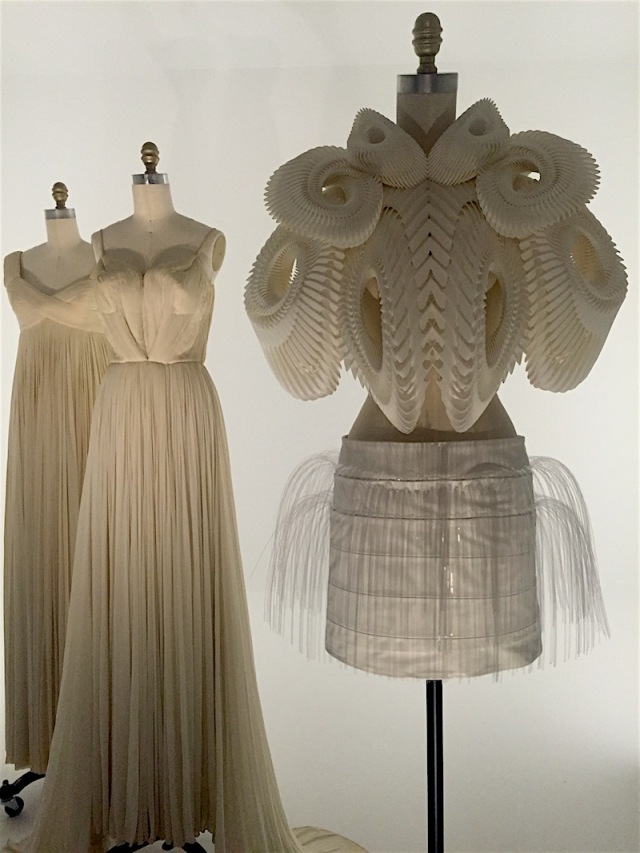 The lower-tech vibe of the show, on the positive side, can be viewed as a testament to how well some of the show’s participating haute couture designers have been integrating new technologies into fashion – allowing couture to retain its handmade look while keeping up with some of the latest technologies available. According to The New York Times, this has always been the case, i.e., with the invention of “the sewing machine (used to make a Paul Poiret coat in 1919) and machine-made lace (Coco Chanel, in the late ’30s).” 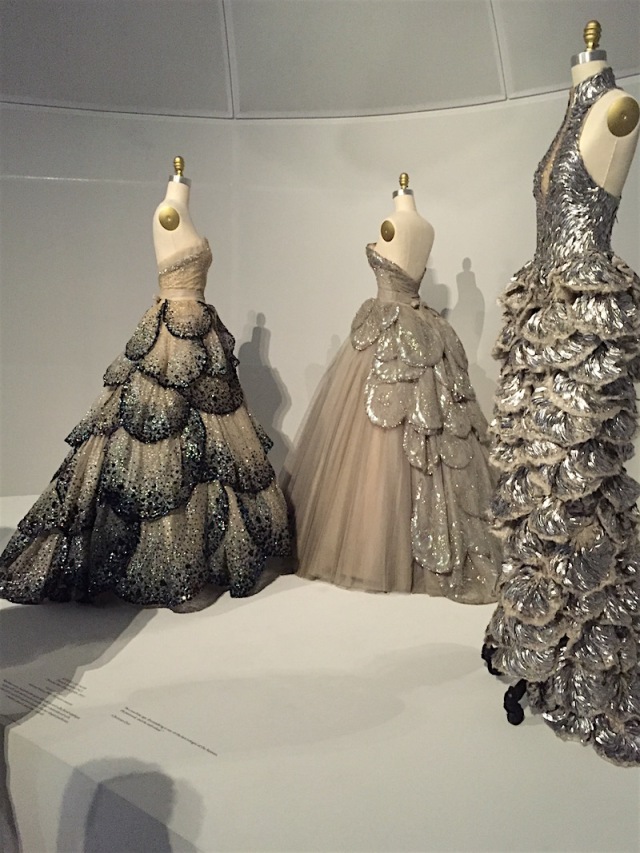 Even when considering Hussein Chalayan, whose fashion designs have included robotic, LED, and remote controlled technologies, the tech provides a visual wow-factor but no practical benefits for the wearer. Then again, no one ever looked to haute couture for its practicality.

Has it been frowned upon in the fashion world for couture to incorporate practical technology? Is there this consensus that the wearer of couture wouldn’t need high-tech life hacks woven into her ensemble at the moment of wearing it because its presence might reveal her earthly needs in her moment of being a goddess? I wonder if any designers right now are experimenting with pushing what those limits seem to have been. 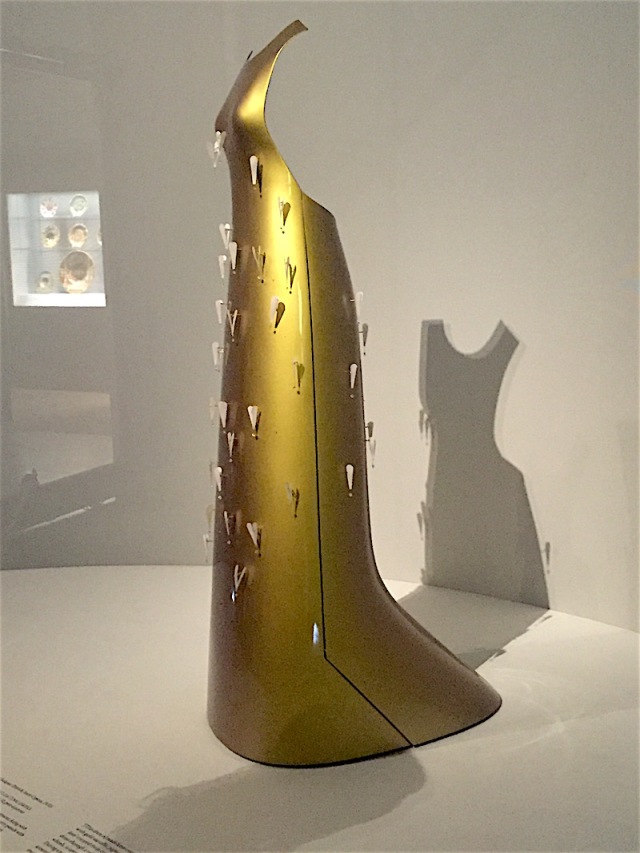 Breaking from those limitations, the ready-to-wear fashion industry on the other hand is using technology to transform clothing itself into wearable tech smart devices. For instance, Google’s “Project Jacquard” recently debuted a partnership with Levi’s for a smart commuter jacket made of tech-connective denim that you can swipe like a smartphone screen to answer calls, control your music, and more, while remaining alert riding a bike. Antonio Cerruto, an engineer working on Project Jacquard, notes, “What I find exciting is that the people working on fashion tech now are the people who will be defining a vocabulary and mode of interaction for this area.”

It’s interesting that while tech is being integrated into both haute couture and ready-to-wear fashion in different ways, the core principles of the two categories – one as essentially wearable art and the other as utilitarian – seem to remain the same. And, the most “cutting edge” of the tech seems to be applied to the most common of the clothing: a denim jacket.