I was inspired to think about technology and art at the New Museum’s current exhibition, “Albert Oehlen: Home and Garden.” 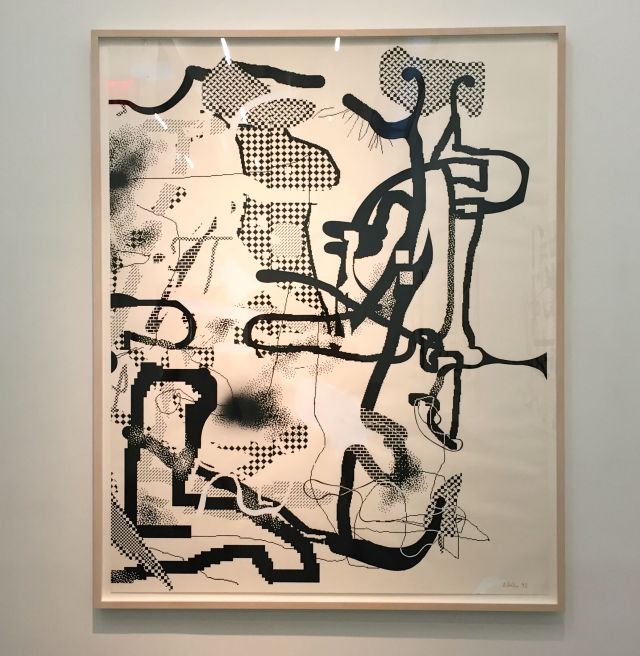 Here is an interesting New Yorker article, stating that this series that “deploys hectic designs created with primitive drawing software on a Texas Instruments computer made [Oehlen] the first significant artist to exploit, and incidentally to burlesque, the emergent lingua franca of computer graphics.”